Feyenoord Stadium on the Maas

Feyenoord City develops The Strip on the Maas

ROTTERDAM, 18 March 2015 – Together with OperatieNL, OMA and First Dutch, the joint carriers of the Feyenoord brand (Stadion Feijenoord and the professional football organization Feyenoord) have been working on the concept development of Feyenoord City on the basis of the concept-area vision for the stadium park and surroundings of the Municipality of Rotterdam.

Within the concept area vision, three locations have been investigated for the location of the stadium, namely: Stadion Triangle, Veranda East and Veranda West. 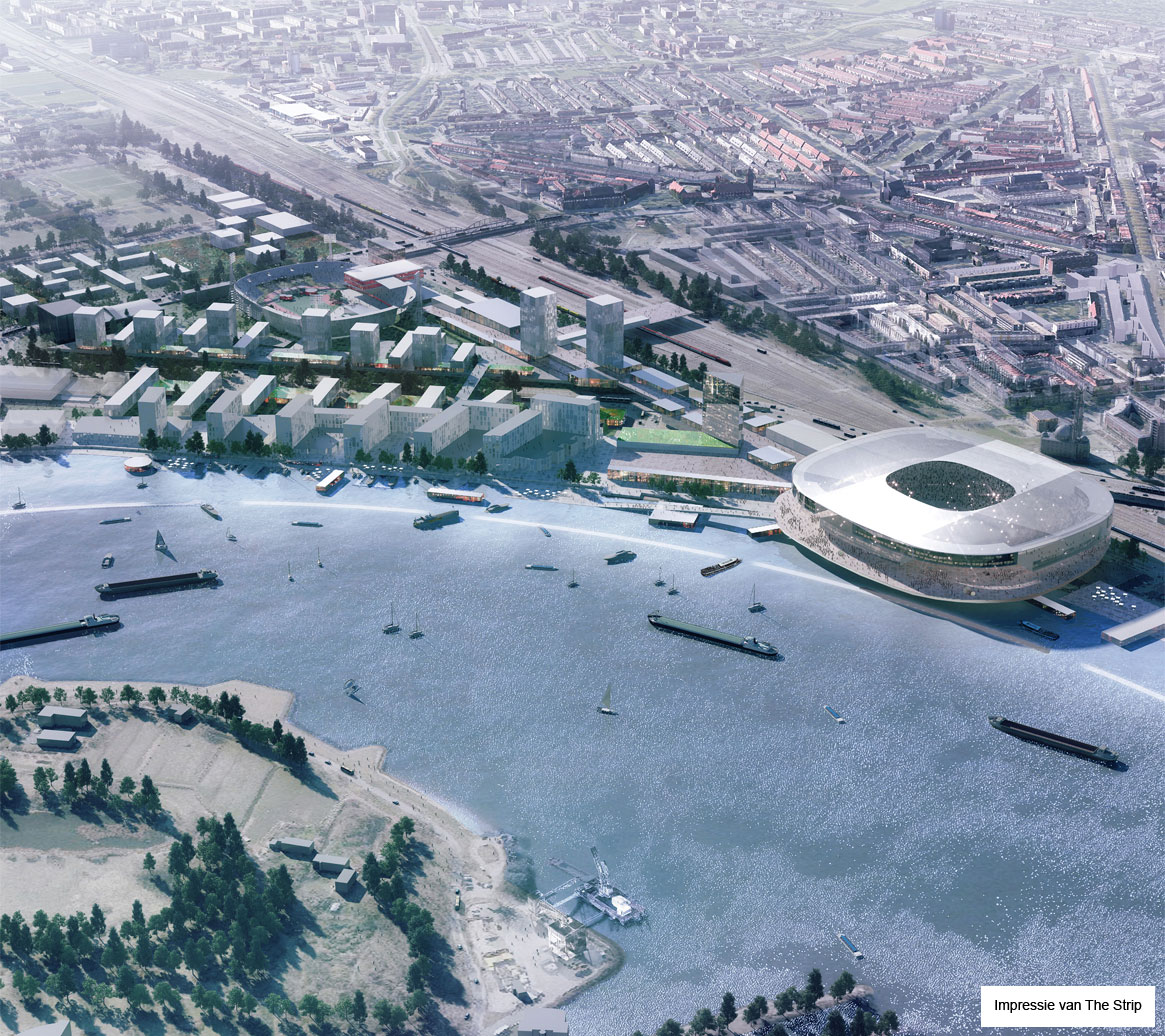 Feyenoord City fits in the next steps that Rotterdam wants to make in its urban development on the South Bank. With Feyenoord City, the city is investing in a new attraction in the Delta that has given Rotterdam its first-class port position. According to the Financial Times, Rotterdam is the best city in Europe in terms of accessibility to invest in. Because Feyenoord City will be a destination where there is something to do 24 hours a day, 7 days a week, there is progressive urban development. The program includes shops, houses, offices, hotels, attractions, apartments, parking lots, railway station, cultural anchorages, social facilities, facilities for recreational sports and of course the new accommodation of the Feyenoord football club.

After consideration of all the advantages and disadvantages of the different locations The Strip (Veranda West) is the preferred variant of both Feyenoord and that of the Municipality of Rotterdam. Feyenoord City can be so attractive in this place that a balanced financial exploitation is guaranteed. In the coming months the preferred variant will be further elaborated and designed. In The Strip De Kuip is largely retained and transformed into a multifunctional supporters, sports, leisure and residential complex. Feyenoord City becomes part of the city where sport, lifestyle and health are central and attractive for all generations and cultures.

President Commissioner Cees de Bruin of NV Stadium Feijenoord is enthusiastic about the choice: “On the river with a view of the river city, this place has the best opportunities for optimal exploitation. We have every confidence in the next phase of the plan development “. On behalf of Feyenoord, chairman of the Supervisory Board Gerard Hoetmer has just been gilded: “A stadium where the club can advance in the upper reaches of the national competition and thus also European. Moreover, we are proud to have a permanent destination for De Kuip as the home of our supporters. “In the coming months, the preferred variant will be worked out with OperatieNL, the architects of OMA, the financial advisors of First Dutch and various other parties. A next report is expected in mid-summer 2016.

For questions you can mail to info@feyenoord-city.nl